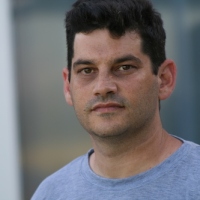 How to Make Yourself Funnier

Humor is a powerful tool.

We don’t often think of humor that way. Genuinely funny people themselves rarely realize the influence they have. Humor can work almost like magic.

Which brings me to a point about the article’s title. Notice that I didn’t call it “How to Make Yourself Funny.” That’s impossible, in my opinion, and would be like titling an article “How to Make Yourself Tall.” People with no ability to see humor in a situation, or craft and deliver a joke, cannot make themselves funny.

Now the good news: We can all make ourselves funnier.

By developing a few habits, we can increase our “Funny Quotient,” which I’ll refer to as our “FQ” (mostly because it sounds scientific). More good news: It’s not that difficult.

Of course, there are no hard-and-fast rules to making yourself funnier. What follows are simply suggestions. Please take these tips in the spirit in which I am offering them to you… as your comedic bible, guaranteed to raise your FQ, and from which even the slightest deviation will result in total social disaster!

1. Don’t milk it.
You know the old saying: “Milk a cow long enough and eventually you’ll be yanking out spoiled milk.” Okay, that’s not really a saying. But if it were, it would make perfect sense here.

When you tell a joke and get laughs, you’ll feel tempted to respond to the laughter with follow-up lines that keep the laughter going. Fight this temptation.

Imagine: You’re with friends, you say something witty, and everybody laughs. You’re a genius. They love you. Why stop now?

Here’s why. Follow-up jokes are rarely as funny as that first surprise witty line or hilarious comment. Your audience will probably laugh at your next line, and your next—although the laughter will diminish each time. But eventually these poor friends, who have been so generous with their laughter, will be struggling just to smile. And you’ll have lost what could have been a great moment of genuine humor.

Yes, a joke that earns you laughs also earns you some short-term credibility to tell a follow-up. And if that next joke is funny too, go for it. The trick is not to abuse this trust. Each joke has to earn its keep. Don’t milk it.

Standup comedian Jerry Seinfeld (who also had his own sitcom—a funny show that never quite caught on with audiences or critics) once observed that celebrity gives you a five-minute free pass in standup comedy. What he meant was that, even though he came to the stage as the famous Jerry Seinfeld, if he wasn’t funny pretty quickly, the audience would treat him like any other bad comic who was wasting their time.

2. Tone it down a bit.
Humor and decibel level are inversely proportional.

There’s something obnoxious about a person who raises their voice when delivering a punch line. It’s as if that person is sucking all the energy out of the room. This desire to yell your punch line makes logical sense. After all, we tell jokes to get attention. So naturally we want to raise our voices as we hit the punch line. Don’t.

Unlike most aspects of humor, this is something we can actually quantify. Here’s my equation: (Your level of humor) – (Your voice level) = (How much I’ll laugh at your joke).

A joke almost never works unless its punch line is a surprise. That’s the point of humor—to surprise us, to lead us down one path and then rapidly change our course. But by raising your voice and demanding attention, you’re essentially alerting everyone that your funny line is nearing. And in doing so, you’re robbing your audience of the chance to discover the joke on their own. You’re stepping on your own punch line.

Often the best way to deliver a joke is simply in the same tone of voice and at the same decibel level as the rest of your conversation. Sneak up on them. Surprise them. You’re more likely to make them laugh.

3. Don’t laugh at your own jokes.
This tip is really a corollary to Robbie’s Equation on the Inverse Proportionality of Humor and Decibel Level™. The idea is the same. When telling a joke, imagine there is a finite amount of enthusiasm in the room. If you start laughing right after you deliver your punch line, you’ve taken away some of that enthusiasm and left less of it for your audience.

Also, going back to the point about humor being a surprise, there’s something funny about looking at someone who has just made a hilarious remark but still looks serious. That’s a surprise. That’s funny. A self-supplied laugh track has just the opposite effect.

It’s natural to laugh at your own joke. Obviously, you think it’s funny. But a deeper reason for doing so is fear. There’s something terrifying about making an attempt at humor and then waiting quietly—even for a fraction of a second—for the people around you to laugh.

But that fear is yet another reason not to laugh at your punch line: If you remain serious-looking after telling a joke, and it doesn’t get a laugh, you’ll be far less embarrassed. You can even pretend you weren’t trying to be funny. But if you do laugh at your own joke, imagine how embarrassing it’ll be if you’re the only one.

4. Clichéd jokes are the comedic equivalent of nails on a chalkboard.
You’ve probably heard friends or coworkers respond to an emotional or argumentative statement by saying something like, “Dave, now tell me what you really think.” We’ve all heard that, which is why it stopped being funny long ago.

With the exception of slipping on a banana peel or making that noise with your underarm, few things are funny more than a few times.

Which brings me to another corollary to my equation: Clichéd jokes ≥ the annoyance of chalkboard scratches®. Remember: A bad joke is worse than no joke.

By the way, I apologize for the math. But it’s necessary. People will tell you that humor is something that can’t be quantified. Even I referred to it earlier as magic. But as you’re seeing here, some rules of comedy can be distilled into simple formulas. That’s one of the reasons mathematicians make the best comedians.

5. You’re funnier when you’re yourself.
What do comedians Steven Wright, Richard Pryor and Gilbert Gottfried have in common? Almost nothing.

Steven Wright carved out a successful career by delivering his entire act in a dry, slow monotone that, if he weren’t so funny, might have sent his audience into a coma.

Richard Pryor built a powerful comic persona by strutting around the stage with a cockiness that won over audiences.

Gilbert Gottfried, a timid man, developed his shyness into an endearing stage presence, winning laughs even as he literally covered his face with his hands and tried to hide behind his microphone stand.

Each of these comedians used his unique personality and natural tendencies to find humor. And it’s unlikely that any of them would have been as successful had they tried to hide their true selves and find a funnier character to embody.

Bottom line: You’re funnier when you feel comfortable and your words are unforced. And you’re more likely to feel comfortable when you’re being yourself. No need to go looking for your funny-person alter ego. He’s right there inside you—the real you. If it helps, you can introduce him to the world with that underarm noise. That’s always funny.